The Exemplary Value as the characteristic and the strength of local wisdom of the people of Untirta was derived from two famous figures of Banten, Syeh Nawawi Al-Bantani and Sultan Ageng Tirtayasa.

Welcome to the website of University of Sultan Ageng Tirtayasa (Untirta). I am proud to introduce Untirta to all readers. Untirta is a state university as a transformation from a private university which was established on October 1st, 1981 and change its status on March 9th, 2001 based on Presidential Decree Number 32 of 2001 that the highest institution of formal education for people who wants to improve the qualifications and competencies in various scientific disciplines as well as an entity and community that has its own characteristics in the structure of social life.

As a form of concern for the goals of national development, especially in educating the nation, Untirta continues to develop and reform to respond to the needs of stakeholders (students, parents of students, professional communities and graduate users).

The Exemplary Value as the characteristic and strength of the local wisdom of the people of Untirta was built from two great figures of the Banten, they are Sultan Ageng Tirtayasa and Sheikh Nawawi Al-Bantani. Both of these figures are symbols of the strength of Umaro (Leader) and Ulama (Islamic Scholar).
These two great figures who were born in Banten have written their names into the name of Mosque of Untirta “Sheikh Nawawi Al-Bantani”. Both represent leadership and intellectual characters. The combination of characters needed in leading the University as a center of science and expertise and a center for the regeneration of national leadership.

The character is reflected in nine superior characters; 1). Smart, tactical and strategic thinking 2). Never give up, have integrity, and be confrontational towards tyranny 3). Innovative and creative 4). Visionary, care for the development of science and education 5). Proactive, responsive, and service-oriented 6). Open-minded and ready for challenges 7). Communicative and cooperative 8). Moderate and respect for diversity, and 9). Maintain local cultural values.

These nine characters must become the identity of the academic community of Untirta. This is the main basis to build the University into an institution that has academic and intellectual authority at the regional and national level towards the World Class University. With these nine values, Untirta plays an active role as a locomotive of change towards the realization of the Civil Society in Banten. Based on these nine values, it was agreed the values that should be developed and implemented in various activities of implementing Tridharma of higher education is J-A-W-A-R-A (J: Honest, A: Fair, W: Authority, A: Trust, R: Religious and A: Accountable). This JAWARA value foundation is needed to build the realization of Untirta as Integrated, Smart and Green (It’S Green) University of World Class Level that is ready to compete at the global level and become the pride of the people of Banten.

The effort of Untirta to go to an international standard university is a commitment that has been initiated, designed and prepared for a long time in a comprehensive and participatory manner. With the growing competition and awareness of the importance of quality and professionalism in line with the acquisition of “A” accreditation for the institution in 2019 from the Higher Education National Accreditation Board (BAN-PT), the next step of progress is towards the internationalization of the institution.

Further information about Untirta can be accessed through this official website. We are very pleased to meet the talented young generation of Indonesia in our beloved campus website. Hopefully this website can serve a good relation between Untirta and the society. 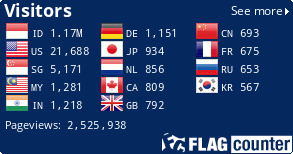